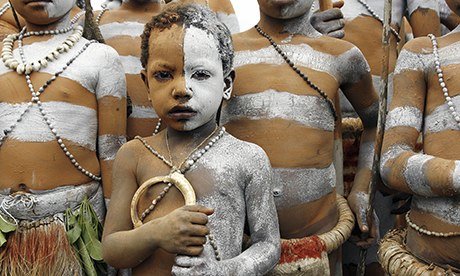 Unprecedented levels of chronic non-communicable diseases are prompting calls to revert to the diets of our ancestors to regain lost nutrients.
It is believed that such a shift would help to improve society’s relationship with the Earth and restore human and environmental health.
“The rise of the industrial model of agriculture has contributed greatly to people being disconnected from the food on their plates,” says Sarah Somian, a France-based nutritionist.
Many traditional and non-processed foods consumed by rural communities, such as millet and caribou, are nutrient-dense and offer healthy fatty acids, micronutrients and cleansing properties widely lacking in diets popular in high- and middle-income countries, say experts.

Indigenous diets worldwide – from forest foods such as roots and tubers in regions of eastern India to coldwater fish, caribou and seals in northern Canada – are varied, suited to local environments, and can counter malnutrition and disease.
“For many tribal and indigenous peoples, their food systems are complex, self-sufficient and deliver a very broad-based, nutritionally diverse diet,” says Jo Woodman, a senior researcher and campaigner at Survival International, a UK-based indigenous advocacy organisation.
But the disruption of traditional lifestyles due to environmental degradation, and the introduction of processed foods, refined fats and oils, and simple carbohydrates, contributes to worsening health in indigenous populations, and a decline in the production of nutrient-rich foodstuffs that could benefit all communities.
“Traditional food systems need to be documented so that policymakers know what is at stake by ruining an ecosystem, not only for the indigenous peoples living there, but for everyone,” Harriet Kuhnlein, founding director of the Centre of Indigenous Peoples’ Nutrition and Environment at McGill University, Canada.
Since the early 1960s, economic growth, urbanisation and a global population increase to more than 7 billion have multiplied the consumption of animal-sourced foods – including meat, eggs and dairy products – which comprised 13% of the energy in the world’s diet in 2013, according to the International Livestock Research Institute (ILRI) in Nairobi, Kenya. Farm-raised livestock consumes up to a third of the world’s grains, the institute notes.
Agricultural expansion, some of it to cultivate more grains, accounts for 80% of the world’s deforestation, says the UN Environmental Programme.
With the global population expected to rise to some 9 billion by 2050, 50% more food must be produced to feed these people, depending on whether there is a healthy ecosystem. “When environments are destroyed or contaminated, this affects the food they can provide,” Kuhnlein says.
Indigenous food systems – gathering and preparing food to maximise the nutrients an environment can provide – range from nomadic hunter-gatherers such as the Aché in eastern Paraguay, the Massai pastoralists in northern Kenya, and herding and fishing groups including the Inuit in northern Canada, to the Saami of Scandinavia and the millet-farming Kondh agriculturalists in eastern India.

Hosted by Duke Farms with collaboration from the New Jersey School Board Association, New Jersey Audubon, NJ Eco-Schools, Sustainable Jersey, New Jersey Farm to School Network and Sustainable Jersey City, this workshop will focus on Sustainable Waste Stream Practices presented by experts who will demonstrate unique reuse and recycling technologies and the policies, contracts and strategic planning methods that can result in healthier schools at reduced operational costs. The various sessions will provide a brief overview of why schools should strongly consider adopting sustainable waste stream practices as an integral part of their districts’ strategic plan for school improvement.

This workshop includes technical assistance presentations on two alternative forms of composting and a break out session specific to school board policy that will help improve your district’s bottom line. Examples will be provided of schools that have successfully implemented recycling and composting and the cost avoidance that occurred from their actions.