Brazil – 11 Feb 13. In Brazil, illegal markets aren’t confined to the usual suspects like guns, drugs or contraband. There is also a sizeable black market in cheeses: not the imported variety, but rather traditional cheeses made from raw milk by thousands of small-scale artisan producers. According to Emater, an organization for technical assistance and rural development, today nearly 40% of all artisanal cheese made countrywide is sold on the black market.

The reason is simple. For more than 50 years an outdated, severe law that was created for the large industrial producers has forced a large part of the small-scale raw-milk cheesemakers to sell their products on the black market. The law stipulates that cheese made from unpasteurized milk, must be aged at least 60 days in order to be sold in other Brazilian states. It also requires that the tables, forms and workbenches used in production be made of stainless steel, instead of the usual wood. For many of the small producers it is too costly to make the necessary changes, but it is not only an economic concern; using stainless steel in place of wood changes both the quality and the flavor of the cheeses. 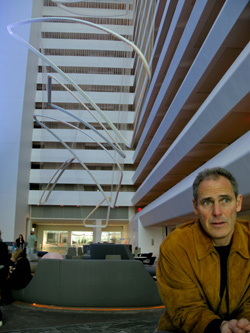 What the closing of Kansas City’s Mercantile Exchange can teach us about how Wall Street stopped treating food like food.11 FEBRUARY, by Elizabeth RushJust off of Country Road 518 in Hopewell, New Jersey, sits Double Brook Farm. It’s run by a self-exiled New Yorker but it’s not one of those now-standard upstart farms, with roving bands of earnest college kids tending rocket and a hearty couple of ex-Brooklynites overseeing the whole grass-fed operation. Double Brook’s turn-of-the-century-barn, its grazing cattle, and its hundreds of Rhode Island Reds clucking and strutting about all belong to Jon McConaughy, a 46-year-old with an all-American face, a football player’s build, money to blow, and a beautiful wife. Last year, McConaughy exchanged a two-decade long career as a commodities trader on Wall Street for these two hundred acres.Double Brook, a small farm specializing in grass-fed meat, free range poultry, and various vegetables symbolizes one of the most unexpected turns the American economy has taken in recent years. For decades, banks have shied away from granting loans to farmers because, like restaurants, farms are considered risky investments. But the tides might be turning as the price of nearly every commodity on the face of the earth is on the rise.